No, not a musical, just a fun day that led into an equally-as-fun night! Well, there was a musical movie involved…and costumes…oh gosh.

Maria and I have continued our tradition of going to the Dia de los Muertos celebration at the Hollywood Forever Cemetery! We began the afternoon with drinks and one of the greatest foods known to man: pupusas! 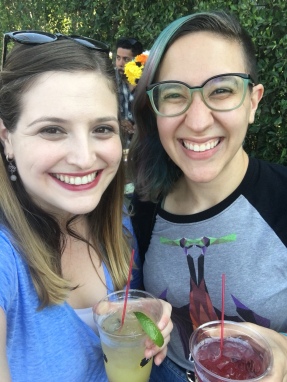 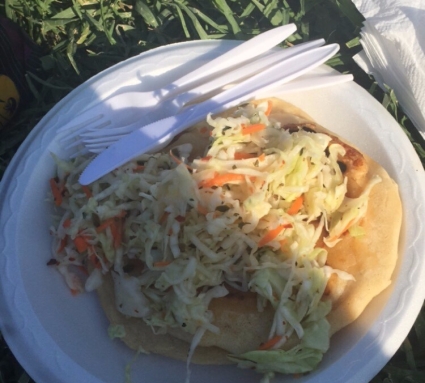 We meandered around the festival, eating several other Latin treats and taking pictures of the gorgeously decorated headstones. It’s always a great event to go and explore, so definitely check it out next year!

Next up on the list was watching The Nightmare Before Christmas 4D at the El Capitan Theatre! With our (Mel, Melissa, Devon and me) obsession with the show Riverdale, we all decided to dress up as the cheerleaders from the show! It was probably the comfiest costume ever, and we looked really damn adorable. 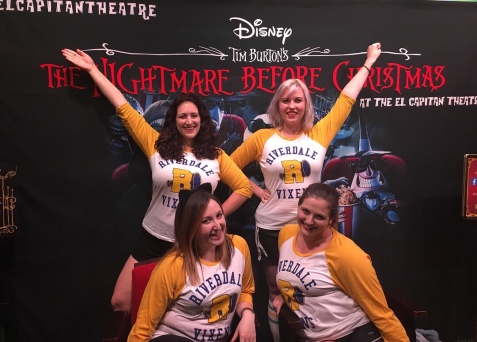 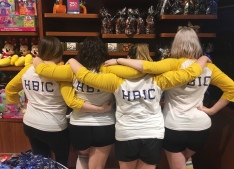 For those that haven’t experienced watching a Disney movie at the El Capitan, you MUST go! There were lights that went along perfectly with the movie and other special effects. This is just the second movie I’ve seen there, but I definitely plan on scheduling another showing!