And with that, 2016 came to a close! Take a look at my highlights from December!

While last year’s holiday party was on a yacht, we had quite a few mishaps leading up to this year’s, so we chose to have it at “The Churchill” in West Hollywood. We rented out the upstairs space and had an open bar (their signature drink was a cranberry mule, which was AMAZING and I may have had three…). It was a ton of fun and very relaxed, the perfect evening!

Every month, a group of actors put on something they call “A Drinking Game,” where they read the scripts to cult classics and include specific words that they and the audience will drink to. This was my first time at A Drinking Game, and it was definitely a classic: Mean Girls. So Mel, Maria, a few others and me headed to the ACME Comedy Club in North Hollywood for the event! It. Was. Everything. See a little snippet below!

Maria and I threw a Chrismukkah party! There were latkes, Christmas cookies, festive decorations, and ugly holiday sweaters! It was definitely a success and a great night! 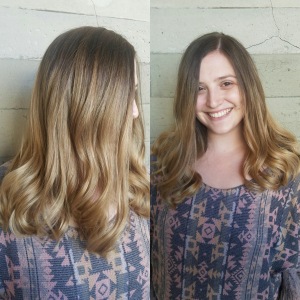 Saturday was a very….confusing day to say the least. It started off with an amazing hair makeover from my stylist, Gracie! I’m kind of blonde now and I absolutely love it.

Immediately following my makeover, I received not one but two pretty upsetting phone calls. The first was from a guy I’d been dating to end things out of nowhere. I haven’t talked about him in my previous posts because he’s honestly not worth my effort, but it was a significant contributing factor to this particular day. The second was from my landlady saying someone had lodged a formal noise complaint against us, which was totally unfair and annoying. As I write this post three months later, nothing has happened because of it, but it added to my sad news.

But my day was made much better by going down to the Claremont Colleges to watch my brother Zach play basketball! I hadn’t seen him since my trip in September, so I was beyond excited. I had a couple margaritas at dinner to loosen up from my long day and watched an exciting game of Loggers basketball! When I saw Zach after the game and told him of my day, he just gave me a giant hug.

Then Monday night was the big game at Cal Lutheran. Over 30 friends and family members came to support my brother and his team, and they won the game to boot! such an overwhelming amount of love and encouragement that I’m blessed to have in my life (and my brother has in his).

Hanukkah is my second favorite holiday, and not just because of the presents, I promise. There were three standout Hanukkah celebrations that I had this season! The first was with our good family friends. I call the kids, Matt and Lauren, my big brother and little sister, and their parents, Karen and Jeff, my other mom and dad. It’s extremely rare that all eight of us are in the same city at once, but we always make sure to get together when it happens. We went to this wonderful restaurant called “Mizlala” on Wednesday the 21st to celebrate!

Saturday the 24th was the first official night of Hanukkah, and we got the whole family together! We took another cute cousins pic, and I got to show off my second “ugly” Hanukkah sweater. 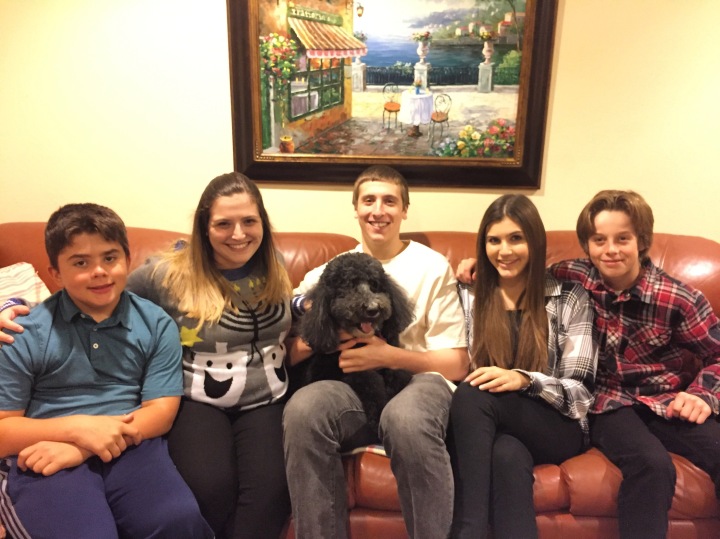 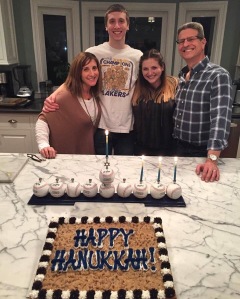 Then on Monday, the 26th we went to my aunt and uncle’s house with the extended family and played our traditional “White Elephant” gift exchange. I ended up with a gorgeous and warm blanket from Pottery Barn and I sleep with it every night. We also had the rare chance to take a family photo of the four of us, and I have to say, we’re a good-looking bunch!

New Year’s Eve! This has definitely been a crazy year: knee surgery and physical therapy, an amazing job and stability, a new apartment, and much more. But it went out with a bang and with many hopes of a bright 2017.

We headed to Mel’s boyfriend’s Jon’s apartment for the night and played lots of games and had yummy snacks! It was very laid back and a fun group of people. My favorite part of the evening, however, was when we wrote down the worst things of 2016 and burned them in a fire. Goodbye to the bad and hello to the good! 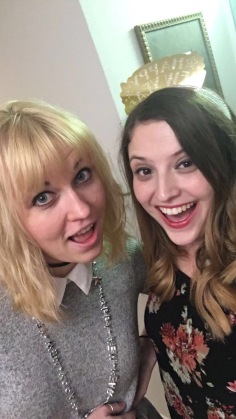 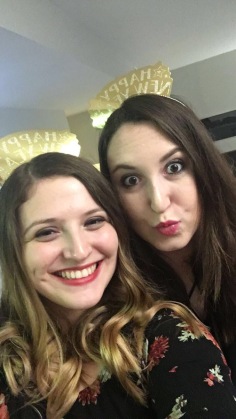 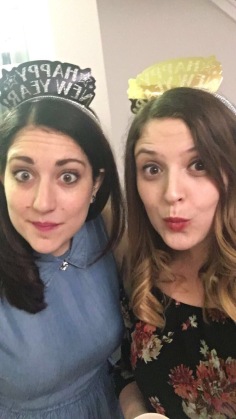 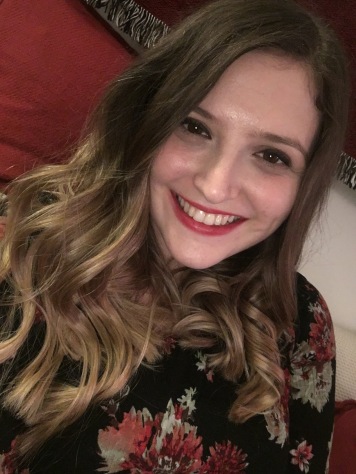 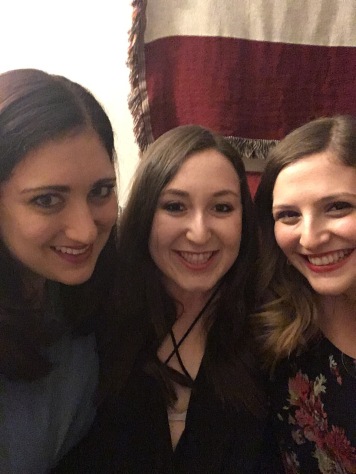 And thus ends 2016! Stay tuned for 2017, which includes lots of food, Disney, musicals…and maybe even a new boy! You’ll just have to read on.